The Interest in Lap Band Slippage 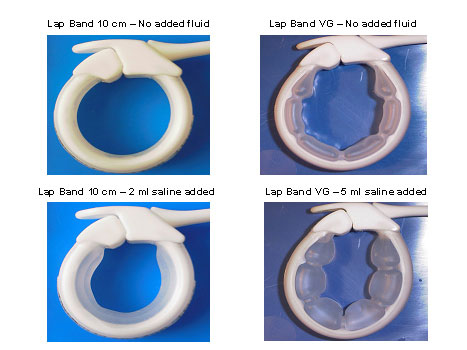 If you do a keyword online search to see which topics in weight loss surgery are the most popular, Lap Band slippage will is likely to appear quite frequently. This suggests that people who may be considering Lap Band surgery are concerned about the possibility that their band may slip and need to be repaired. And people who have already had the procedure and are now having complications with band slippage may be searching for answers – and medical help.

When people refer to Lap Band slippage, they are most often talking about the weight loss procedure known as the Lap Band system, which uses gastric banding to bind off a portion of the stomach, leaving just a small pouch of stomach to receive food. “Lap Band” has also been used as a generic term to refer to any of the many various laparoscopic banding procedures. This article will  use “Lap Band” in the general sense.

What Is Lap Band Slippage?

While the popularity of obesity is on the rise, various types of weight loss surgery are also being done more frequently. Currently, one of the most popular types of weight loss surgery performed is the Lap Band procedure, also known as adjustable gastric band surgery. This involves inserting a silicon adjustable band around the upper portion of the stomach, using laparoscopic techniques. As a result, the stomach has a smaller capacity for food intake, which eventually will lead to weight loss.

But these bands can slip from their original position, resulting in a condition called banding slippage or Lap Band slippage. Of course, the seriousness of the situation depends on the amount of the slippage. If the slippage in minor, the effectiveness of the band itself will be somewhat limited but the patient won’t experience any adverse physical effects. In contrast, more serious slippage can lead to stomach obstructions, which will need to be repaired surgically. The latter condition can be urgent, and even life-threatening.

How Common Is Lap Band Slippage?